Last weekend I gained the highest photographic distinction, MPAGB Master Photographic Alliance of Great Britain. The Awards for Photographic Merit were held at Chorley and saw 5 out of 9 applicants successful in gaining the Master distinction in print.

My submissions were all digital art but Michael Windle from England & Ian Mitchell from Scotland were Natural History, Hugh Wilkinson & Bob Givens from Northern Ireland were all rounders! All International & National Award winners.

20 Prints are judged individually by 6 judges who score between 2 and 5 points. Judges hit the 4 button to say the image would probably be accepted into an Exhibition. The 5 button denotes the image would be accepted & receive an Award. The 2 button says it is not the standard and the 3 button says it is almost there!  I needed to score 450 points or more to achieve the distinction.  My total was 520 points which is the 5th highest score ever to be recorded which is mind blowing!  Two of my images scored a full house of 30 points together with Michael & Hugh who both had an image score 30 in their folios.

The judges were Libby Smith, Anne Griener, Howard Tate, Phil Charnock, Mike Sharples & Adrian Lines... A big thank you to each and every one!

Back row: Michael, Bob, Ian, Hugh.     Front row: Me and Gordon Jenkins President of the Photographic Alliance of Great Britain. 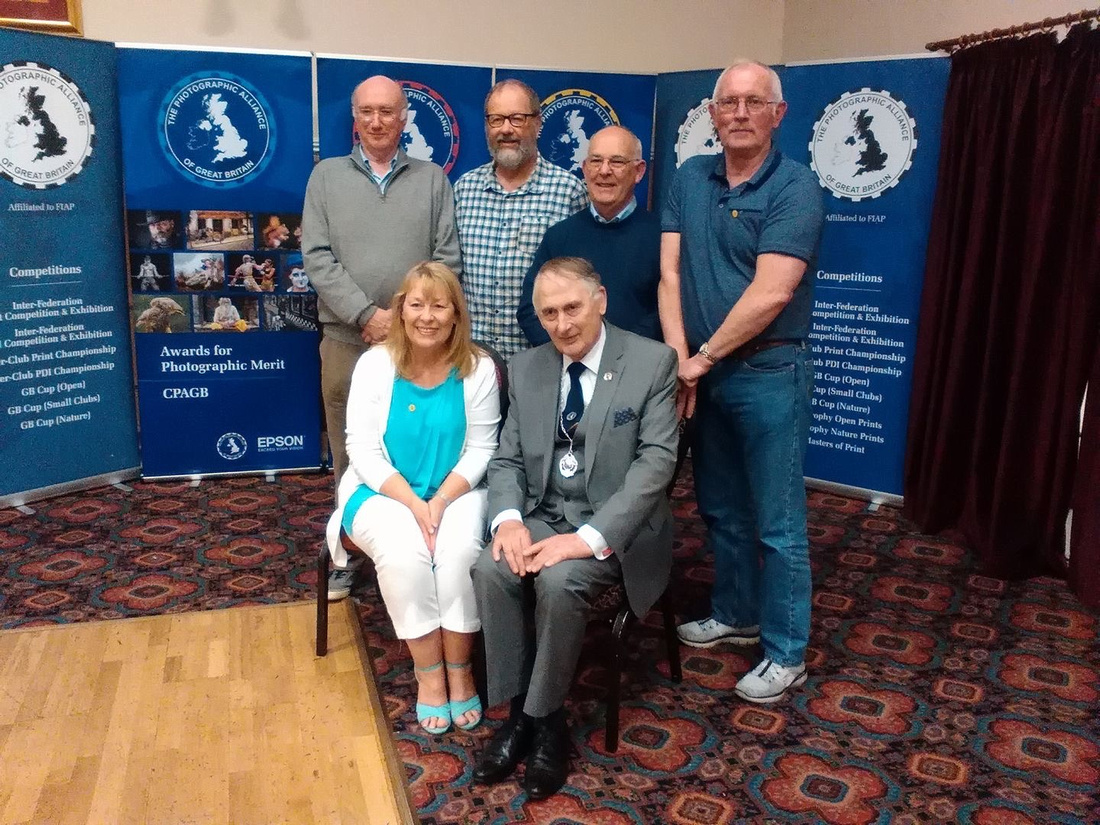